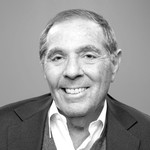 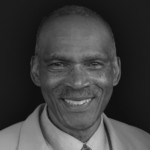 Willie Bogan served as Associate General Counsel and Corporate Secretary of McKesson Corporation, a San Francisco-based healthcare services and information technology company, from July 2009 until his retirement in November 2015. He joined McKesson in November 2006 as Associate General Counsel and Assistant Secretary. Before joining McKesson, Mr. Bogan held senior advisory positions at four other public companies in the San Francisco Bay Area – Bank of America, Safeway, Charles Schwab and Catellus Development Corporation. Prior to becoming in-house counsel, he was a partner at Steinberg, Miller, Bogan & Goldstein in Manhattan Beach, California.During his tenure as a business and securities attorney, Mr. Bogan was involved in a variety of substantial commercial transactions and was an advisor to directors and executive management in the boardroom. Through this, Mr. Bogan acquired significant business and financial experience, including in relation to lending, borrowing, hedging, capital deployment, financial results, mergers and acquisitions, risks and risk management. Regarding healthcare, he acquired significant insight into supply chain systems and activities, and into the nature, opportunities and challenges of healthcare technology businesses. Mr. Bogan also has extensive corporate governance experience. Mr. Bogan graduated Phi Beta Kappa and Summa Cum Laude from Dartmouth College, where he majored in Spanish. He earned an MA degree in Politics and Economics from Oxford University, where he studied as a Rhodes Scholar, and a JD degree from Stanford Law School. While at Dartmouth, Mr. Bogan was an All-Ivy, All New-England, All-East and Academic-All American defensive back on the undefeated and nationally ranked 1970 football team and was drafted by the then Baltimore Colts. In addition, he was named a National Football Foundation and Hall of Fame scholar-athlete. In 1989, he was inducted into the Academic All-America Hall of Fame, an honor that recognizes former Academic All-Americans for career achievements. 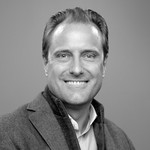 David Seaburg currently serves as Chair of the Board’s Strategic Review Committee and was previously a director from August 2018 to August 2019. Mr. Seaburg served as PolarityTE’s Chief Executive Officer from April 2020 through August 2021, President of Corporate Development from January 2019 to August 2019. During Mr. Seaburg’s tenure in management, the Company completed several significant restructuring initiatives, primarily focused on reducing costs, enhancing sales of SkinTE® when it was previously marketed as a 361 HCT/P, and preparing PolarityTE for the changes that would be required from a regulatory perspective for SkinTE following the conclusion of FDA’s period of enforcement discretion for 361 HCT/Ps in May 2021. Prior to PolarityTE, Mr. Seaburg spent roughly 25 years of his career at Cowen, Inc., a leading healthcare franchise in equities research, sales and investment banking. He was Managing Director, Head of Sales Trading and a member of the Cowen’s Equity Operating Committee, where he cultivated and led teams operating across multiple disciplines and specialties, leveraging human capital to drive the organization’s success. Over the course of his tenure, he interacted with thousands of healthcare investors and corporate management teams. Mr. Seaburg was also a CNBC Fast Money Contributor, where he provided regular on-air market commentary for the network.